Chef Ken Vedrinski adds a touch of Italy to each and every homemade masterpiece he creates in the confinements of his own restaurants. He is both owner and head chef at his fine-dining contemporary Italian attractions, Coda del Pesce (Isle of Palms) and Trattoria Lucca (downtown Charleston), which have thrived and survived in Charleston's competitive restaurant business for the past decade... 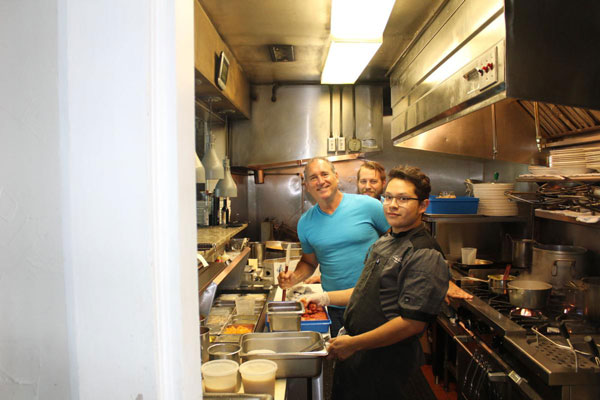 Holy City chef Ken Vedrinski (Coda Del Pesce and Trattoria Lucca) will appear on an episode of Beat Bobby Flay on Thursday, August 10, at 10 p.m. on the Food Network. The episode, “Green, White, and Red,” has Vedrinski going against New York-based Raffaele Ronca in the first round, in what will most likely be an Italian-themed battle...

Chef Ken Vedrinski's gnudi is good, but is it good enough to beat Bobby Flay's? That's what Food Network viewers will find out this Thursday when the owner of Trattoria Lucca and Coda del Pesce faces off against the celebuchef on Beat Bobby Flay... 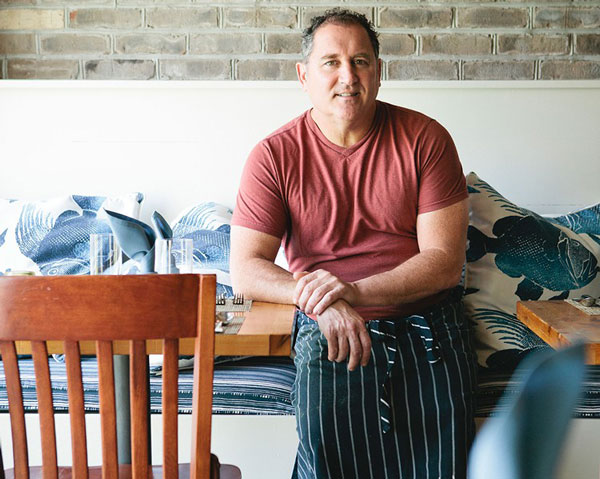 “Woodlands means excellence. Period.” The title of Jane Kronsberg’s 1995 review of The Woodlands Resort & Inn codified the entirety of the dining experience—the food, the ambience, and the service. The Woodlands, located in Summerville, SC, was fine dining at its best. It was recognized as such by a multitude of awards that came in years following this review, including the only Mobile Five-Stars awarded in the state, and the only perfect score for food by Conde Nast Travel in 2002... 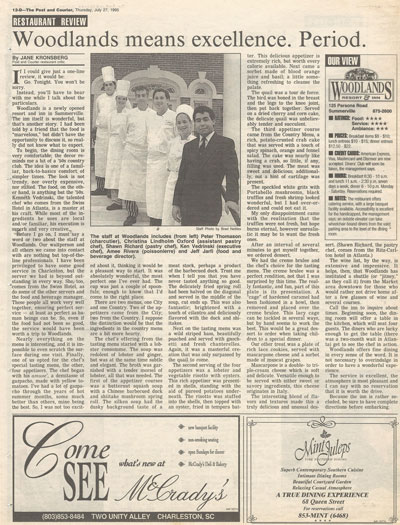 Sunday sauce is the ultimate family meal, and Chef Ken Vedrinski makes a killer version. He’s the chef of Trattoria Lucca and Coda del Pesce in Charleston, South Carolina, but he grew up in the kitchen alongside his grandma, who prepared fresh and soulful food from her native Italy. She gathered family and friends around the table for her slow-simmered, meaty pasta sauce and glasses of red wine. Through those meals, she taught Ken how good food and good wine bring people together... 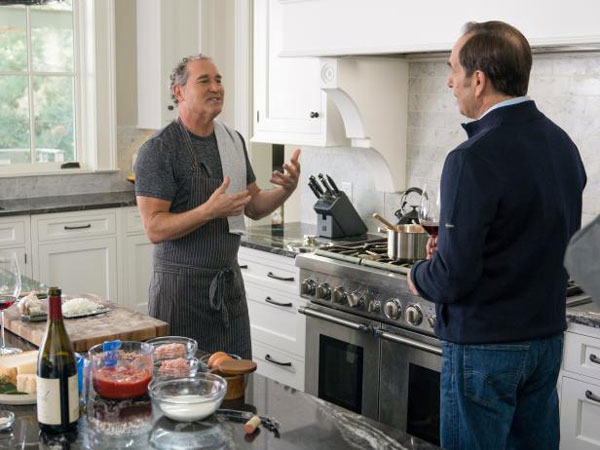 When it comes to food, you can’t deny how the most amazing of settings can only serve to enhance your dining experience. At this local eatery on the Isle of Palms, you’ll find a combination of Italian infused seafood paired with succulent oceanfront views. Take a look; this one belongs on your bucket list!

From the rustic coastal interior to the sweeping views of the Atlantic Ocean, Coda del Pesce is a ravishing dining experience...

Beyond the Beach Shack 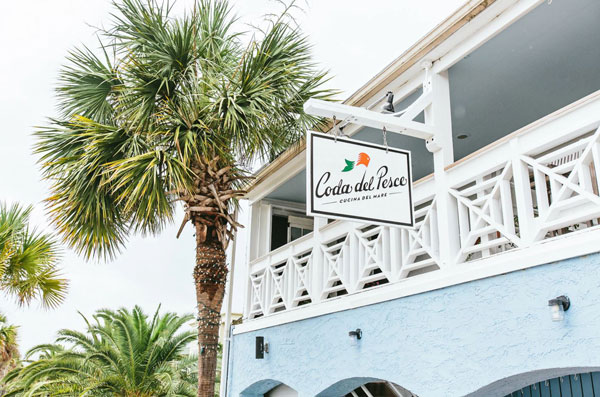 Chef Ken Vedrinski (of Trattoria Lucca on the mainland in Charleston) brings haute cuisine to the Isle of Palms front beach strip in his new Italian seafood place, whose name means "tail of the fish" in Italian. Seafood reaches new heights in the second-floor dining room, in delectable dishes like calamari Bolognese over house-made bucatini pasta, and local swordfish "Torcino" style with eggplant caponata... 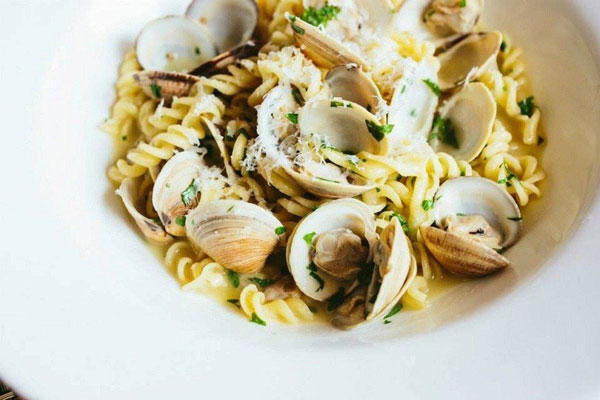 In a line-up of beach bars, condos, and ice cream shops on the front beach of Isle of Palms, Coda del Pesce is an outlier, serving octopus, snapper, triggerfish, and other frutti di mare in simple, Adriatic-style preparations. Chef Ken Vedrinski works his magic with fresh pasta both here and at his Trattoria Lucca downtown.

Coda Del Pesce serves up homage to the sea

The closing of Huck’s Lowcountry Table on the Isle of Palms provided chef Ken Vedrinski with an offer he couldn’t refuse. He has named his new restaurant Coda Del Pesce, tail of the fish, and along with his chef de cuisine, Rhett Elliott, they are giving the “fish whisperer” Dave Pasternack of Esca in New York a run for culinary bragging rights when it comes to crudo, pasta and fresh fish. 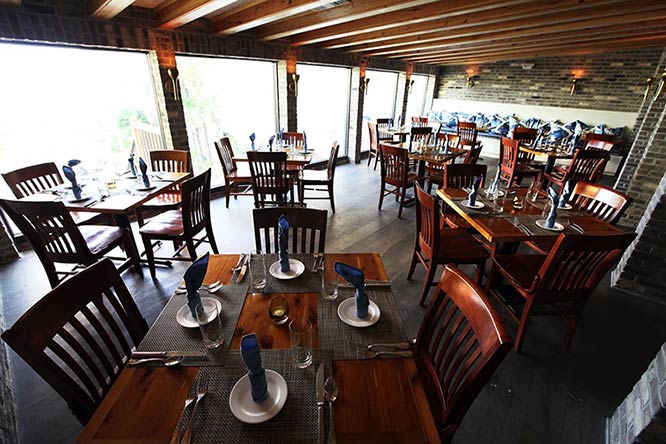 As autumn approaches and the beach crowds disappear, Charlestonians are taking advantage of the newly opened parking spaces and flocking to Coda Del Pesce. Chef Ken Vedrinski is serving up seafood as fresh as the ocean breeze wafting through the restaurant. The crudos and gnudis are already a hit with reviewers and diners alike. 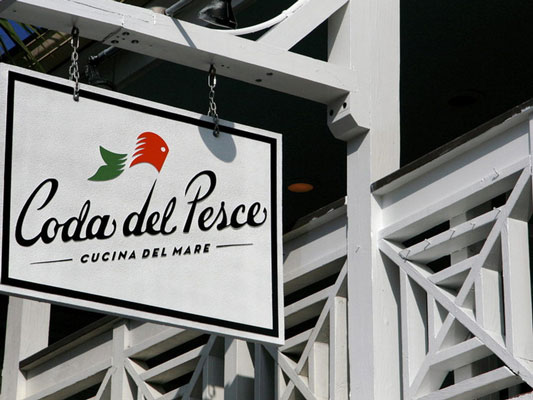 Cook pasta until al dente. meanwhile, in a large skillet over medium, heat EVOO. Add garlic; cook 1 minute. Add scallops; cook 2 minutes, then transfer to a bowl. Add wine and crushed red pepper to skillet; bring to a boil. Cook until liquid reduces by three- quarters. Add tomatoes and butter; cook until tomatoes are hot. Add pasta and scallops; cook until scallops are heated through. Toss in basil; season.

Cover Story Chefs’ Recipes and Wine Pairings – From Alto Adige to Sicily, these foods and wines celebrate distinctive flavors from around the boot

The United States is distinguished by the diversity of culinary options it offers adventurous diners, with restaurants serving the food of nearly every nation. But amid this diversity, the cuisine of Italy stands alone for its popularity, its abundance, and the range of its offerings, both on the plate and in the glass. This year, our annual Wine Spectator food issue is devoted to Italy, focusing on American interpretations of some of that country’s most exciting regional specialties.

Chef Ken Vedrinski of Trattoria Lucca and Coda del Pesce will be profiled in the September issue of Wine Spectator magazine in a piece on the country’s top Italian chefs. He joins other notables like Michael White (Marea, New York), Dena Marino (MC Kitchen, Miami), Celestino Drago (Drago Centro, Los Angeles), Jonathan Benno (Lincoln Ristorante, New York), and Matthew Accarrino (SPQR, San Francisco). In the piece, he shares a recipe and a wine pairing. Keep an eye out for the issue, which should hit newstands this week.

5 Things You Need to Know This Week

New South Carolina restaurant. Chef and owner Ken Vedrinski’s newest venture, Coda del Pesce, opens officially today on Isle of Palms. The restaurant’s menu takes its cues from the sea but (like his other spots) still retains Ken’s signature Italian slant: dishes include octopus bolognese and grilled calamari with tomato and eggplant. You’ll want to eat the fresh catch and house-made pastas at a table near the floor-to-ceiling windows–we hear the the views are incredible.

Behold the View at Coda Del Pesce, Coming Next Week

Chef and owner Ken Vedrinski’s highly-anticipated IOP masterpiece Coda del Pesce is almost here, and the early look at the space proves it’s quite a sight. There are huge windows, brick archways, plenty of reclaimed wood and just a few nautical accents to punctuate the seaside locale. And then, there’s the view. They’re still working on some of the details, but the public should be able to take it all in next week. Stay tuned for the exact date.

It begins with small delicate slivers of local sea bass. The smell is sweet with a hint of the sea, its hue a translucent pink, and the texture smooth, eventually dissolving on your tongue. Preserved lemons add zest and color to a plate dressed with the finest olive oil and slices of Calabrese chiles — a perfectly balanced dish... 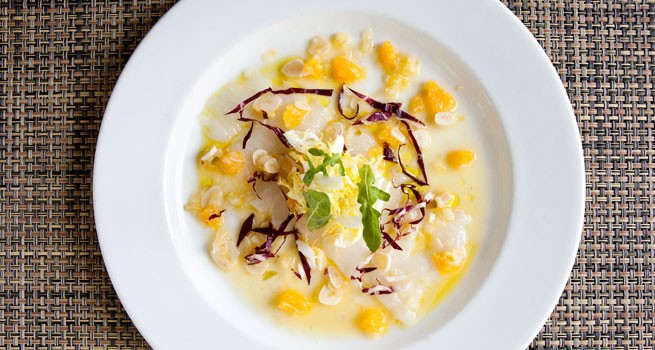 CHARLESTON, SC—April 22, 2013—Chef Ken Vedrinski will be heading to New York City on May 13 at 7:00PM, this time to cook with one of the city’s most talented, emerging chefs, David Santos. Santos, whose intimate Um Segredo supper club was highly sought out, has recently opened his own West Village restaurant, Louro. Continuing the supper club traditions, Santos offers a special themed Monday night dinner that on occasion features a guest chef called the Nossa Mesa Supper Club. During these dinners, Santos teams with other likeminded chefs to offer something that is not normally available at any other time...

CHARLESTON, SC – April 15, 2013—One of Charleston’s most acclaimed and accomplished chefs, Ken Vedrinski, will be expanding his restaurant offerings this summer as he opens his newest venture, Coda del Pesce (Italian for “tail of the fish”). The 70+ seat contemporary Italian influenced restaurant will showcase the area’s most untapped asset—the ocean and the view and menu will highlight this incredible bounty... 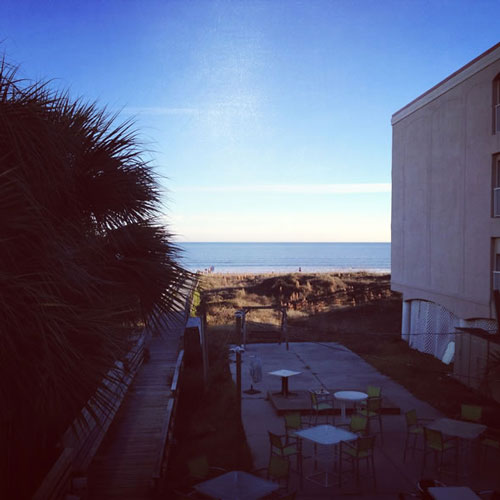